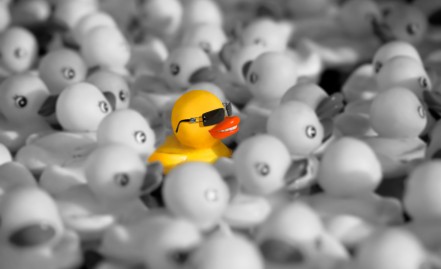 Your sacrifice is never worth it.

Don’t text him after the first date.
He can’t be shorter than you.
She can’t be more than 4 years younger than you.
He can’t be more than 10 years older than you.
Don’t kiss him first.
Don’t kiss her first.
He has to pay.
Obviously she can’t pay.
Make sure you don’t seem too eager.
Don’t bring up your exes.
Don’t talk about work too much.
Make yourself sound interesting.
Make sure you wear that outfit everyone says you look good in.
Do your hair.
Do your makeup.
FUCK! This list is exhausting.

But you know what’s even more exhausting? Watching so many people conform to the normalization society tells us we have to. Let me tell you something: you can Netflix & Chill all you fucking want to and say stupid shit like YOLO, but the moment you begin to change who you are at your core being is the moment when someone needs to slap you and hit with this rude awakening….

The moment you stop being who you are, you stop being true to yourself, and start sacrificing little pieces of your soul to satisfy the status quo of being in a relationship, settled down and committed with babies by a certain age or you have FAILED at life…is the moment you sealed a destiny for unhappiness.

“To be yourself in a world that is constantly trying to make you something else is the greatest accomplishment.” — Ralph Waldo Emerson

Don’t ever let someone convince you that you aren’t enough just the way you are. Or the way you’re living your life isn’t good enough because it doesn’t match exactly theirs. That you have to be someone you’re not because otherwise you’ll never be happy. There are 7.5 BILLION PEOPLE in this world. The likelihood of people A) liking you or B) being like you is extremely high.

Don’t give up on who you are just because some rude person (male or female) tells you the way you are isn’t good enough. EVERYONE is good enough. Whether you’re gay, straight, bi, in an open relationship, in a committed relationship, a virgin, a whore, a stripper, a pimp…it doesn’t matter. You are enough. The only time you stop being enough, is when you buy into the bullshit someone feeds you by believing you aren’t. Never sacrifice who you are to please someone else. You deserve to be happy, just as you are. Because just as you are, is perfect.